Way back in the woods


The treetop busted free from the tree trunk and I went running. Instinctively, I put my arm over my head as I ducked and high stepped over the underbrush in my way. I had only made it a few steps though, before I realized there was no crashing sound, no avalanche of debris, and when I turned to look back I saw the top of the dead spruce suspended by a network of branches; I glanced around to see if anyone had noticed how ridiculous I must have looked after having been so keen on kicking the rotted bottom.

The camp was only a couple dozen yards away, but I was screened by a dense swath of ferns, undergrowth, and small firs - embarrassment avoided.

"Not too suave on that one, Seth." I muttered to my boots. Then I realized, it doesn't matter how dumb the incident might have looked, we were deep in the woods. Who was I trying to impress after all, these were my friends, they knew just how graceful I could be (sarcasm).

And yet, there was some work that needed to be done. We needed dry wood to get a dinner fire going for 11 people, and I was downright hungry. Since making camp on the wooded cliff overlooking Lake Superior two days prior, we had made it a point to not travel into town for anything save ice, so our firewood had to be foraged daily from the Keweenaw timber surrounding us.

Treetop crisis abated and firewood resolve reinstated, I turned back to the tasty morsel of tree hanging overhead. Its fine, bare, crispy branches were all the size of my pinky finger, and I knew they would make excellent kindling. I backed up against a small hill to get a running start, then ran and launched myself at the bottom of the dangling trunk, leading with my right hand outstretched. At the apex of my jump, I felt bare fingers close around dry bark, and I let my bodyweight do the rest of the work.

I like to believe I appeared as a flannelled spider man soaring through the air...


It's been a weird spring. Especially when we compare it to last year's insta-winter-bust into summer. Nope, this year we paid that loan back in full. Rather than simply write about it though, like so many have before me, I wanted to do something different to chronicle the transition. I went with a more visual approach.

Each day, from May 1 - 31, I took one photograph somewhere in the surrounding area, processed it, and uploaded it online at northwoodsmay2013.tumblr.com I wanted to capture the radical changes the Wisconsin Northwoods goes through in this season of fluctuation, so most of the shots are wide or medium range landscapes - it’s hard to shoot from a mountain top in the middle of the woods.

Over the course of the project, I drove 184 miles over 14 hours. That averages out to be about six miles per day, even though there are several days I did not write down mileage or time. Those were the instances where a photo was on my way to somewhere else - typically work or fishing related. I also did not keep track of time spent processing photos, but by the end of the project, I had that part down to 30 minutes or less each day.

After a set of photos was taken, and I felt confident I had at least one I liked, I set into the behind the scenes work with tools like iPhoto, Photoshop, and an online set of editing tools called Aviary. I utilized social media platforms such as Tumblr, Facebook, Twitter, and Google Plus to distribute the work, garner attention, and collect feedback on what sort of pictures were best received by family, friends, acquaintances, and complete strangers.

As the first week or so unfolded, I started to refine my process. I began to try different methods for the distribution of these photographs, and by this experimentation, harnessed different tools. Flickr (a powerful social media platform for photography) was the mainframe tool I used. Flickr worked well for several reasons: I could display full resolution photos, I could map out where each and every one was taken, and I could organize, archive, and distribute the whole project with ease. I also started to use the mobile app for the site, which included a host of great filter effects, and helped me stay on target to adventure, photograph, and upload each and every day.


I found that color became one of my primary expressions of the changing atmosphere I wanted to capture. Color could tell parts of the story that proximity, shape, size, texture, and line could not do on their own. I wanted to effect an emotional reaction out of these photos, and color helped me get there. I was leery in the beginning to overdo it with heavy hues, but as my process began to define itself, it became more and more vital. 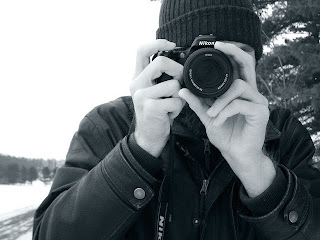 If patience is the key, pace is the trick


Dear Reader, it's been a year.

That's where you stepped in, reader. Thanks to you, I've had the guts to keep going. You who have called, e-mailed, or spoke to me in person, with Facebook likes and shares, with favorites and RTs on Twitter, through smoke signals and bird calls in the woods - you gave me purpose to keep chugging along, and I truly do appreciate that. Without your support and your voice and your feedback, I would have burned out a long time ago. What an accomplishment this has been for you, as a supporter, a companion on this adventure, as a cast member in this play, as a reader of this column - I give it all to you. Thank you.

See, the thing is, I can write until my fingers go numb, until my mind is mush, until the sun blinks out, and none of it matters if you don't connect to it. Someone must connect with the story, else it's no story at all. I can send these ideas off to print or into space or wherever, but if nothing ever comes back out of that void, why continue? Feedback is critical. Action is critical.

Sometimes I have this notion that I should be writing these entries from the side of a pine-sheathed mountain that just recently became an active volcano, and I'm recording the final hours before a mass extinction. Sometimes I like to think I'm writing from sitting atop the back of a charging bison, in a flannel and cowboy boots, while shooting clay pigeons with an over-under combo, one-handed. Other times, I picture myself fighting off a bear attack or a pack of wolves, bare handed, from a canoe, all the while shirtless and scribbling notations down in a blood-splattered notebook - a notebook of glory.

Alas, few of the above stories are true (only a few), and more often than not I'm generating from a keyboard at a desk, simply wishing there was a window to look out of. The truth is, having an adventure is easy if you know where to look, but recording it in an interesting way is a whole heap of work and sometimes the inspiration to slog through it is hard to come by.

In these times, there is only one rule - keep going. "You must write," I tell myself, "you must be a writer or you are nothing at all." 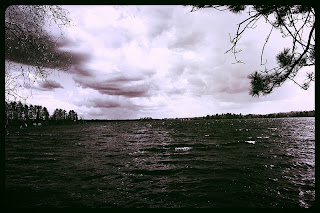 And why we must listen


I've been putting a lot of thought into fresh air lately. I think some of it has to do with being outdoors more now that the weather is warm and the lilacs are fragrant. It all reminds me how much I missed feeling free to breathe when I lived in the cities - where everything was crowded, and people forced their way into your space with their smoke and their fumes and their general decay. It's not like that here, and we're all lucky devils for it.

It makes me wonder how people can stand to live in places like Houston or Los Angeles - two of the most polluted American cities. Isn't clean air a basic human right? Who would want to go their whole life without ever tasting this sweet freedom? Worse yet, who could leave one of those cities to taste it, and then return and choose to forget real air? That disturbs me.

Learning to breathe deep can take you out of trouble areas. It can help you stifle anxiety, and put you in control of something very basic and vital in times that may otherwise seem out of control. Times that are emergencies, or times that you recognize a reaction you're having that you deem undesirable.

For instance, sometimes I get bunched up with anxiety over a decision, or frustrated at the feeling of being backed into a corner or being held down - unable to do what I want (yes, I'm fiercely stubborn of my personal freedom). In these instances, I try to let go. I try to release my ownership over said decision or condition, and circumvent the issue with a deep breath that pulls me back into the bigger picture. Nothing pulls you back into the big picture like pure, clean air in your lungs.