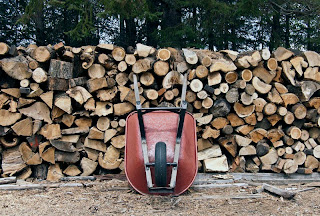 How cutting firewood can put food on your table


In our modern culture, we accept money as the standard of payment in exchange for goods purchased or services hired. It exists as paper bills, digital bits, and metal coins, but it is all symbolic of value, and with the ability to exchange these symbols between world cultures, it is almost universally accepted.

Money is a powerful concept, especially now that it is no longer backed by gold. Really, the entire system is based on every single person buying into the belief that the crumpled up bill in his or her pockets is worth anything more than a wad of kindling.

We work for our money, most of us, and if we don't have it, we borrow it. We borrow it against our time, and often times our livelihoods. We spend our lives slaving away for this monster we call currency, complaining with every laborious breath we take, and this is a beast that we created.

It wasn't always this way, though, and there are (blessedly) still ways around it. I am, in fact, obsessed with finding ways around it, because most days it seems as though the money tree has dried up on me, and I'm left scratching in the dirt for pennies. This work-around is not obvious, or easy, and it still demands you to exchange your precious time for goods and services rendered, but there are other benefits. 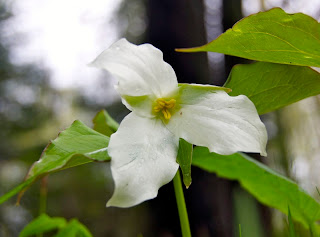 
This spring is a fresh start. Right now the woods are full of warblers, sparrows, and thrushes singing songs and raising young families. Tiny fawns are just appearing, hidden deep in wooded coves with their mothers. The rivers are running high and full of fish spawning, and the marshes now come alive at sundown with legions of spring peepers.

We have finally entered into the growing season. The sun rises early and sets late. The cold chill in the air has finally been replaced by a humid warmth. The smell of wet grass and pollen is pervasive, and the forest floor is dotted with white wildflowers.

Frost warnings have subsided, bizarre blizzards from nowhere have stopped popping up, and the world has exploded into green glory. We made it through the winter, and now we're surrounded again by hundreds of species that make their home in our neck of the woods.

Here in the Northwoods, we appreciate spring better than many other places. We recognize this as a new opportunity for growth after a long winter that ate up our stores. Now we are replenished by long daylight hours, warm weather, and an abundance of new life.

As the woods and waters are renewing themselves in this part of their natural cycle, so too, should we consider how we're renewed. How far have you come from last year? Are you in a better place now than you were last spring? Are you happier, more content, at peace, more alive than you were last May? If you are, then congratulations. What changed to make you this way; how have you grown since then?

If not, then why not? 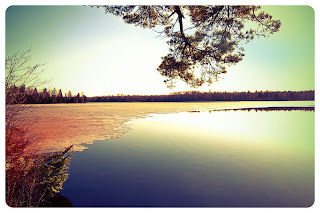 At the lake with Tully and Khaki Man


The wind assailed my frozen body relentlessly. My legs stood stiff in my knee-high rubber boots, my arms felt like rigid, poorly engineered plastic, and my face and hands were numb and only getting more numb with each cast. Yet there I was, stubborn as a mule, soaked to the bone and standing in a lake a few feet off shore, just trying my best to catch some dinner.

Again I reeled in the line, bent my creaky arms to wind up the cast, and then whip the rod to send out the lure. I watched the small, barbed gadget careen over the angry water surface about 30 yards before landing with a seductive plop. This time, this is the cast that brings home the lake beef. I reeled in at a slow speed with a few jigs to see if that would prove a more alluring presentation. It did not.

Thoughts of the previous day started to annoy me. I recalled sunny skies, highs in the 70s, a calm lake with soft south winds and no bugs. Well, there are no bugs out here in the gusting rainstorm either, Seth. Look on the bright side - at least you're outside and fishing on the lake… better this than being stuck at a desk, staring blankly into a computer screen for hours. Just then the wind gusted and slapped me hard on the side of my face.

A chill, already set deep in my bones, released itself in a shudder up my hunched spine, and 'extremely uncomfortable' suddenly became 'what-the-hell-am-I-doing-out-here' mania... 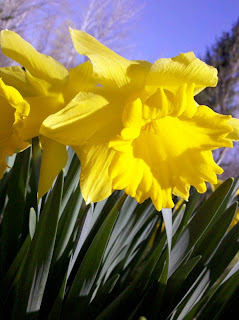 
A woodsman is no man at all without giving credit where credit is due. This week, in recognition of Mother’s Day, I'd like to thank my mother, and express my gratitude for raising me to have an appreciation for nature as well as my neighboring woodsmen and women. Ma has been behind the scenes in many of my stories and nearly all of the words I've printed here - a true unsung hero. Today is the day I sing her song.

Thanks to you, I have so much to be thankful for. I have courage, free will, and the ability to chase my dreams. I have a big family, full of strong individuals who are filled with heart and empathy for one another. And lastly, thanks to you, I will always have a compassionate, understanding, and safe place in this world to call home.

I know sometimes I let you down. Like when I'm not on time for dinner because I'm out fishing or when I don't call you back right away... because I'm out fishing. Or sometimes in a more somber way; like when I make decisions you do not understand or speak unkindly when my blood is up. You envelope all these things regardless of whether I apologize or not (though I try to, rest assured). It is a lesson in compassion - thank you.

Email ThisBlogThis!Share to TwitterShare to FacebookShare to Pinterest
Labels: education, family, thanks

And the eye my brother nearly lost


The morning was dark, like they tend to be deep in December. I don't recall why I was up so early, but my brother Jed had risen before the sun to greet the cold air and crunchy snow to check his traps. He had been awarded a bobcat tag that year, and it just so happened we knew where a few of the wild felines were roaming the woods.

As he put on several shirt layers I was sitting at the dining room table sipping coffee. Then came his boots, laced high up his ankles for support in the deep snow. Next was a beaver hat and a pair of big leather mittens, wooly on the inside. Soon he was dressed for moderate walking in the woods - not so bundled he'd be sweating in an instant, but not so lightly he'd be shivering by the time he got to the little red truck. I sipped my coffee.

He offered, "Do you want to come?" I stared at him mildly, unblinking, analyzing the cost/benefit.

"Not particularly," I replied slowly, still unsure of my answer. Unsure because I had a good feeling about the spot he had set only two days past. It was a prime location - a game trail crossroads, mixed forest with clear cuts on two sides, an old, narrow logging road for access, and plenty of cat sign when he set it. Combine that with favorable weather conditions the night before, and you just knew in your gut conditions were primed for a catch. My only response was another sip of coffee.

"Well, wish me luck," he said, and was out the door. I watched from behind the window. When his truck headlights came on they lit fluffy falling snow. The sky was just barely beginning to show life in the east - a dull pink glow washing out the grey clouds. I sat still and hoped he would hurry up before I changed my mind about not going.

Soon though, he was gone. Barreling out of the driveway over the frozen humps in the ground. I could almost hear the keys clacking on the steering column with every jostle the little red truck took. He turned the corner and soon his taillights were gone into the great white darkness, and I was left at the table reading and, you guessed it, sipping coffee.

Neither Jed nor I had ever trapped a cat before. We had both been out with dad when he had caught them, but that was different. This season was different, because it was the first bobcat tag Jed had received in all his years applying for one, so he was the trapper in charge of the set now. Dad could go with for scouting and advice, but Jed had to make all the final decisions and was bound by law to check the set every day - my little brother was growing up, as I was about to find out...