I have an admission - I'm not a huge hoops fan. Yes, I just finished up several months worth of articles detailing area basketball games for the sports section of this newspaper, and yes I enjoyed being at the games and watching and learning more about the sport. But despite my best efforts, it still doesn't matter very much to me.

Heck, I even love playing basketball on the outdoor courts in the summer, but the NBA has never appealed to me. Maybe it's because I don't know the game inside and out, or perhaps there's just a disconnect between playing and watching, or maybe I haven't grown fond of it because my shot is still terrible (much to the appeal of my friends' laughter); I couldn't tell you for sure. Even March madness, with all of its close contests and upsets and fast-paced games, struggles to truly command my interest for more than a couple games.

I'm coming clean about it because as much as I have tried to show more interest, I simply hit a wall in caring about the game, and I constantly wonder why.

To keep a map 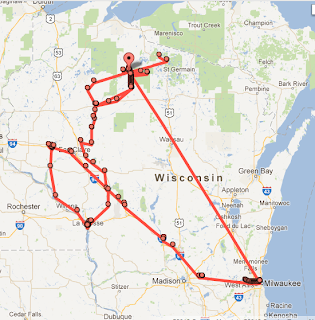 Broadening your scope defines your attitude

As I write this, my younger brother Jed is in Florida. He drove down there in a minivan with a herd of his friends for a true college spring break experience - one that I never had. I spent five and a half years in college. During those years I assumed I would have the opportunity to travel. I planned to study abroad in Scotland for a semester, I wanted to take a trip to Florida for a spring break, I thought I would have a post graduation car trip out to California with friends, and I even considered moving to Seattle after I got my degree. None of those things happened.
The primary reason I wanted to go to those places was to explore them, to see what it was like there, to learn about culture, customs, and different people. I didn't want a superficial experience though. I didn't want to book a hotel, hop on a plane, and go on a guided tour. I wanted to see the country, the rural areas, the real people who made their living on land that they loved. I wanted real life, real land, real people.
However, to be part of the real things, I knew I would have to immerse myself in the culture. What could I offer? What could I possibly have, as a foreigner (especially in Scotland), to contribute to any of these places?
Read more »
Posted by Unknown at 8:00 AM No comments: 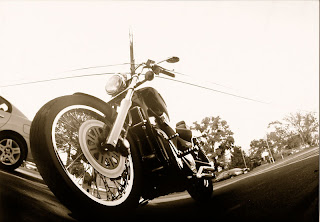 Taking hold of your adventures


That early August evening I rowed the little boat out across the lake from the dock like I had so many times earlier in the summer. Two loons were off on the far side of the lake calling each other, the sun was slowly setting, and I was free. A late summer mist had begun to set in on the northeast corner where the lake meshed into swamp, and I recall the realization of how it would be the end of summer before long - a sort of wistful foreboding, dulled by the comforts of sweet air and the soft trickling of warm lake water.

In the boat with me there was nothing but the oars, the anchor, a fishing rod, and a small cooler; I dropped the anchor so there was even less. The boat hardly drifted at all on the placid lake, and so there I sat for a moment before baiting the hook. Just then, one of the two loons called, a smoky shrill that set the slightest chill up my bare arms.

"This is real life," I murmured to myself as I scanned the darkening shoreline where the pines and the birches stood quietly in the calm of evening. Peace, serenity, oneness with the entire world - it all settled upon me there, in that instant that spanned eternity and back again.

There were no questions and no answers. There were no troubles or turmoils. There was no anger and no sorrow to be had - just peace… peace and quiet. I had escaped my life, cheated stress, gone beyond reach of other's expectations, judgments, and opinions. There I sat, with each hand on an oar, and I felt alive. 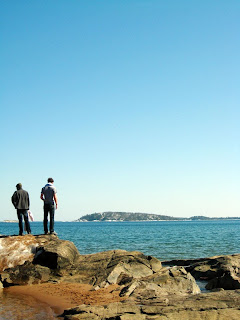 90 seconds to find out what you're made of

Some of the details from before and after the jump are fuzzy now, but I'll never forget the sensation of that moment. About 360 days before today, I jumped into Lake Superior wearing nothing but my underwear.

My friends and I were visiting some old pals in Marquette, Mich., for the weekend. Since a few summers ago, it's been a tradition to take a dip in The Lake whenever we visit, and I meant to honor that tradition - whether it was March or not (it was). So, with very little convincing, my friends decided they were up for watching me make a fool of myself in the frigid, wind-whipped water of Lake Superior on a Sunday morning.

The finer details of our westbound venture down County Road 550 are mostly gone, though I imagine my thoughts were woven in some nostalgic fabric, having taken the route so many times in years past. Soon enough we were out by Wetmore, walking through the snow in boots and coats and hats, me with a bath towel rolled up under my arm.

I still didn't think it was crazy when we came out of the woods onto a plane of old ice and rotting snow washed up where the summer shore would have been. My friend Chris even punched through the snow and got a soggy foot in one spot, indicating some areas may not be so stable, but I was beyond turning back...